Facebook Twitter Telegram
The summer season has arrived in various countries all over the world which has brought numerous types of fruits, vegetables, and recipes along with it. But as you know there are also problems associated with summer seasons due to various types of disease it brings up with it.

Hay fever is also an allergic disease that affects thousands of people in the summer and spring seasons. Hay fever is referred to as allergic rhinitis in medical science terminology. Hay fever usually causes by various substances which are called allergens. 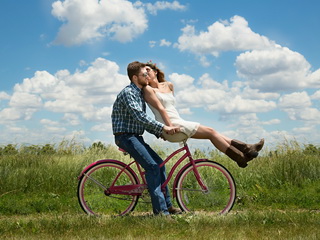 If you are suffering from asthma or eczema, then there are very strong chances that you will be hit via Hay fever. According to a researched survey, it is affecting 1 out of 5 individuals in England. The situation is not different in other parts of the world. In India, it is affecting 25% of peoples of the population every year.

Watery eyes: This causes a lot of trouble and you will experience uncomfortable feelings. Your eyes make the tear continuously. Watering eyes sometimes are indicative of mild disease as well as of a dangerous disease. In medical science, it is termed as epiphora. It happens due to either nonfunctional of tear drainage duct or eyes are producing more tears than required.

Runny nose: When the nasal cavity becomes filled with mucous fluid, it causes a lot of trouble and becomes the reason for various allergies. Hay fever is one of them. It is also known for its other names Rhinorrhea or rhinorrhoea. You can easily get rid of it by pressing your nose from top and bottom 10 times each. And then flush out nasal passages. Instead of using a handkerchief, use tissue papers to clean your runny nose.

Sneezing:  It is one of the main hay fever symptoms in adults. Continuous and repetitive sneezing also leads to watery eyes as mentioned above. Although it is not a dangerous problem, it is usually caused by irritation in the mucous membrane of the throat or nose. As a remedy, you can use filters to clean pollen coming into the home, washing linen in warm water and get rid of god and cat dander.
Itchy throat: You need to diagnose the main reasons for an itchy throat. Whether it is Hay fever or something else. The walls of the throat can affect meals, beverages and cause a lot of pain. This happens due to the mucous membrane getting dried.

Headaches: It is referred to any type of pain in the neck or head area and is caused by an imbalance of the pain-sensitive structures. Headache has been described using various classification systems including IHS (International Headache Society).

Loss of smell: As a result of a blocked nose, you will not be able to smell perfumes and food smells.
We have given the common hay fever symptoms in adults above. Your doctor can help you better treat Hay fever. He or she may recommend Antihistamine nasal spray and tablets for getting rid of Hay fever.